Explaining the Bolsonaro Phenomenon – with Memes

For those not “in the know”, Jaír Bolsonaro is one of the most controversial figures in Brazilian politics at the moment.  A right-wing politician, he is considered one of the front-runners in the current presidential election cycle, and, similar to Donald Trump in the US, he seems to have put his finger on a vein of discontent that exists here in Brazil.

In fact, this comparison is not lost on Brazil’s prolific makers of memes.

Here at the Best of Brazil Blog, we do not take sides in Brazilian politics. We’re just here for the memes.

And Jair Messias Bolsonaro is a walking meme factory. Brazil’s social media apps are awash in homemade graphics either supporting or attacking this polarizing figure.

His fans, are, shall we say, ardent.

Caption: The elections are coming, and I’m still trying to make up my mind between two candidates. 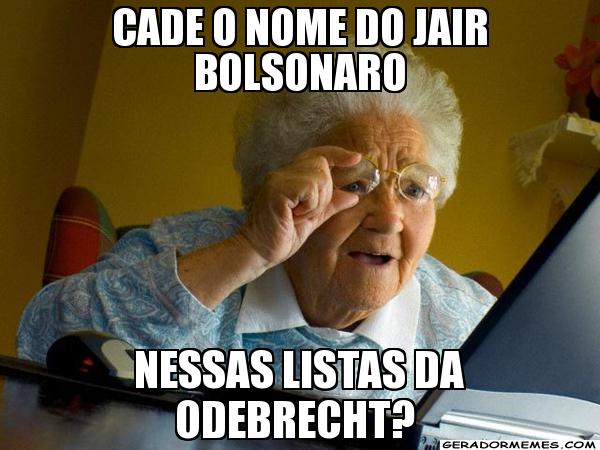 One of Bolsonaro’s talking points is that he has not been implicated in the mass corruption schemes of the last decade, like one involving a company called Odebrecht.

Caption: Where is Jair Bolsonaro’s name on these Odebrecht lists?

Of course, not everybody is a fan… 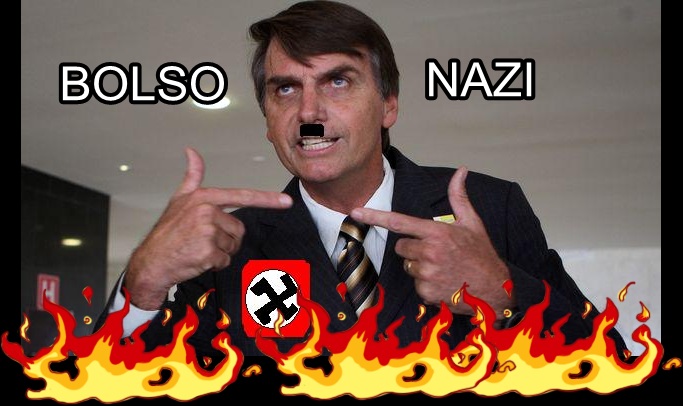 Caption: I defend the family with everything I have. I’m on my third marriage.

This promises to be a heated election cycle…and while the outcome is not guaranteed, one thing is certain: the memes will be fantastic!